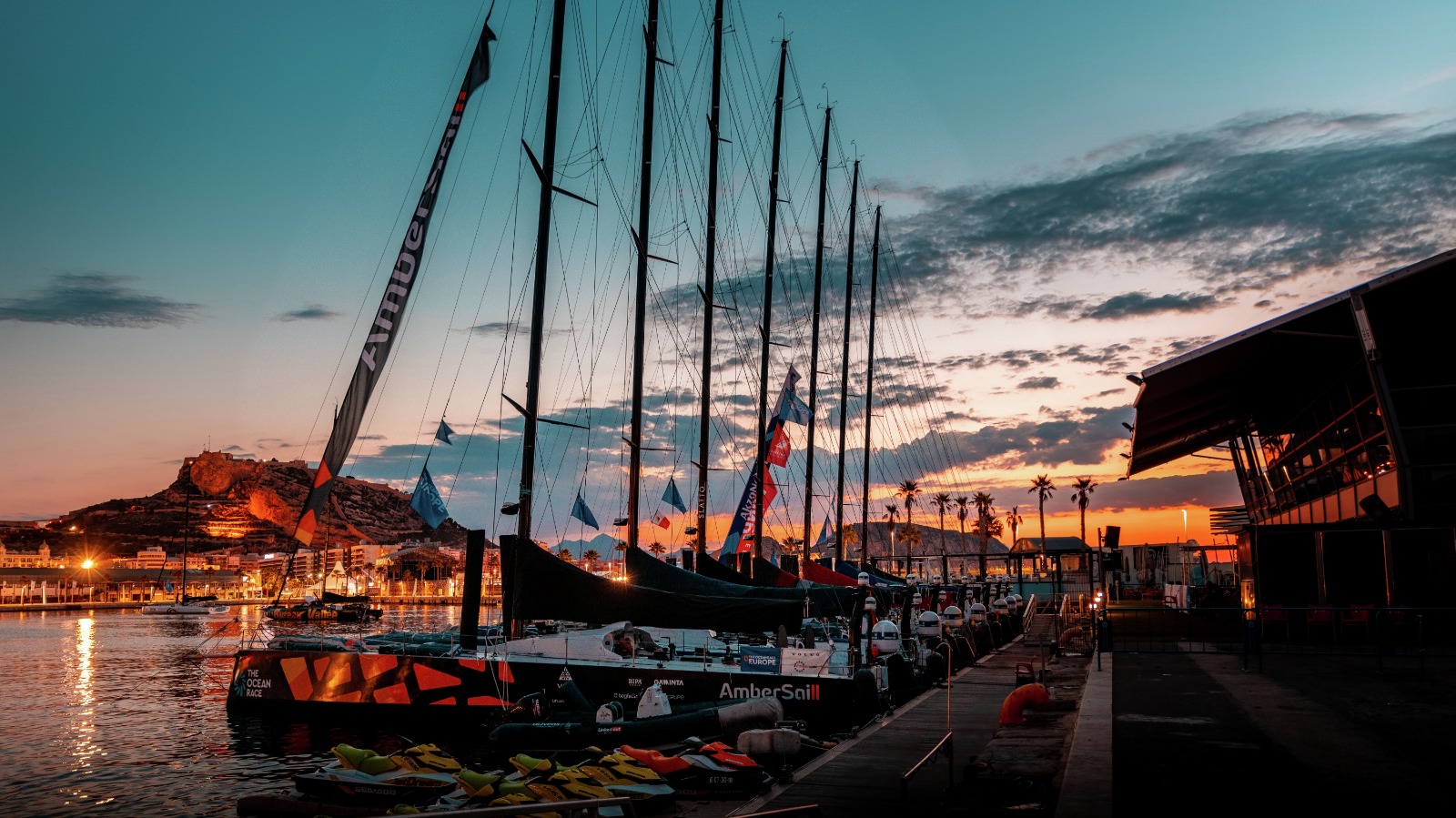 Posted at 11:25h in english by Jessica

– Pascual highlights the interest of the Generalitat in involving all local sectors in the development of innovative, participatory activities for all audiences that generate positive effects

The Minister of Innovation, Universities, Science and Digital Society, Carolina Pascual, has presented the schedule for Alicante as the departure port for the Sailing Tour of the World, which will take place on January 15, 2023 from the Port of Alicante and which will involve “an economic, technological and social boost for the entire Valencian Community”, he assured.

Alicante becomes for the fifth time the headquarters and port of departure for The Ocean Race, the most extreme and hardest nautical challenge of all team regattas and the largest sporting event in the Valencian Community, and this edition will celebrate its 50th anniversary.

The programming of Alicante Port of Departure of the Round the World Sailing will take place from January 7 to 15, 2023 in Alicante, culminating on Sunday, January 15 with the starting gun of the regatta.

During the days prior to departure, a Race Village will be designed in the Port of Alicante with spaces for new technologies, with demonstration projects, ‘gaming’ and new digital challenges.

The Generalitat Valenciana will provide the Race Village space with a complete program of activities full of innovative, technological and sustainability actions, complemented with recreational and educational content, with which it is intended to call all citizens to participate.

Activities aimed at introducing schoolchildren to water sports are also proposed, thereby achieving a greater openness of the city at their own expense.

Carolina Pascual has highlighted “the interest of the Generalitat to involve all local sectors in the development of innovative, participatory activities for all audiences, which generate positive effects in all economic sectors of the city. One of the novelties this year is that we involved all economic sectors in the event and the expansion of the Race Village towards the city with the aim of amplifying the positive effects of this event”.

The repercussion that the celebration of The Ocean Race supposes for the Community translates into an increase in the tourist impact that entails the attraction of visitors, physical impact in the use of infrastructures, sociocultural impact by creating new forms of entertainment

The economic effects generated by the celebration of the event “translate into the generation of employment, increase in GDP and the local economy, urban, tourist, social and sports development, as well as a contribution to position Alicante within the framework of the great world events”, said Pascual.

The last edition of The Ocean Race, held in Alicante in 2017-18, generated the equivalent of 1,270 jobs and contributed 68.6 million euros to the Gross Domestic Product of the Community.

In addition to economic data, the Ocean Race promotes values ​​such as caring for the environment, rejecting the use of non-reusable plastics, solidarity and participation.

The councilor has emphasized the “innovative, sustainable and technological nature of these actions and the Generalitat’s commitment to the economic recovery that the event represents for Alicante”.

He also highlighted that the start of the Sailing Tour of the World from the Port of Alicante has been declared by the Council of Ministers as an “event of exceptional public interest”, at the request of the president of the Generalitat, Ximo Puig, which will allow The companies collaborating with The Ocean Race have tax exemptions, under the conditions established in the brand manual approved by the inter-administrative consortium that regulates the tax operations of the event.

Race Village of the Generalitat

From the Generalitat, through the Ministry of Innovation and the Thematic Projects Society of the Valencian Community, it is intended to give greater impetus to technological and innovation actions in the Race Village. In the same way, due to the determination of the departure dates set by The Ocean Race for January 15, it is proposed that this winter seasonality serve to prolong the tourist seasonality of the Christmas season and thereby contribute to supporting and improving all the economic sectors of the city in the current state of post-pandemic economic recovery.

For this reason, the following main activities will be carried out as the axis of the actions of the Race Village to be held from January 7 to 15, 2023 in the Port of Alicante and the city:

· Design of a Race Village with spaces for new technologies, with educational demonstration projects, gaming and new digital challenges.

· Combine actions in the Race Village with other actions in different points and spaces of the city and even other towns in the province to structure the activities and involve the entire city in the planned programming, especially with actions designed for local commerce, the restaurants and hotels (gastronomic itineraries), sports and cultural spaces.

· Point of tourist information and promotion of places of interest in the Valencian Community for visitors.

· Expansion of training activities and those derived from different nautical activities, with the aim of opening up more to our Mediterranean coast.

· Achieve a greater participation of the yacht clubs and the Valencian Sailing Federation with complementary activities in the event.

· Activities for all audiences and for all ages, in a wide morning and afternoon schedule that combines a plural and attractive program that involves the participation of its visitors.

· Promote and develop an environmental sustainability program in the Race Village.

· Participation in the celebration of The Ocean Race Summits and international summits on sustainability and innovation in the months prior to the start of the regatta.

For his part, the general director of the Thematic Projects Society of the Valencian Community, Antonio Rodes, stressed that the elements that will define this call will be sustainability, innovation, gastronomy and the activation of the city through activities for all the publics.

It has also announced that the first tender package has already been published to create an operational structure of personnel specialized in the design of the event and its contents. The activities are aimed at all types of audiences and ages, both in the contents of the Race Village and in the nautical actions.

Antonio Rodes has recalled that the event will continue in 4 years, reaffirming the commitment of the Generalitat Valenciana with one of the events of greatest international relevance and great return for the host cities.

The Ocean Race 2022-23 will visit nine international cities during a period of six months that will travel 32,000 nautical miles with stops in Alicante, Cape Verde, Cape Town, Itajaí, Newport, Aarhus, Kiel, The Hague and Genoa, being the first time that the regatta begins and ends in the Mediterranean. The route calls for the first time in places like Cape Verde, and includes a fly-by in Kiel (Germany).

The president of The Ocean Race, Richard Brisius, has highlighted that “the stage from Cape Town to Itajaí will be the longest and toughest in the 50-year history of the regatta; the teams will face Antarctica in cold and harsh conditions , in about 35 days without stopping sailing”.

Brisius has also expressed his full confidence that “the start of the fifth start of The Ocean Race from Alicante, which will mark the 50th anniversary of the regatta, will be a complete success as we work together for all the citizens of the Community and beyond”.

The Ocean Race also offers a science program to help create a healthier planet and oceans; To do this, the crews take samples from remote places, as well as an educational program that reaches thousands of boys and girls in 11 languages, and whose objective is to improve knowledge about the ocean.