The program of concerts planned for the next edition of the Alicante Port of Departure of the Sailing Tour of the World, will take place from January 7 to 15, 2023 and will feature Second and Viva Sweden, Destripando la historia, Cheti, ‘Rock in family. 80’s, Sidecars and Sidonie

The musical offer will take place in the concert space enabled on Pier 14, within the Ocean Live Park grounds (known in previous editions as the race village area).

The series of concerts in Alicante Puerto de Salida will start at 8:30 p.m. on Saturday, January 7, with a double concert by two of the leading indie bands on the national scene, such as Second + Viva Sweden.

The Second group has recently announced its decision to break up after 25 years of experience and with 10 albums released, so this date in Alicante will be the last chance for their fans to see them live in our land.

For its part, the band Viva Sweden will arrive at Ocean Live Park as part of its ‘El amor de la Clase Que Sea’ tour, with a new album that is proving to be a great success after spending several weeks at number 1 in sales in Spain.

On Sunday, January 8, there will be the concert of ‘Destripando la historia’, at 12:30 p.m., aimed at a family audience. This group parodies with a characteristic humor in the form of a song from children’s stories to mythological characters and popular culture.

On Friday, January 13, at 8:30 p.m., Cheti will offer a free concert in which “good vibes” are guaranteed. This young man from Elche is a singer-songwriter and his style usually moves between pop, flamenco and Latin rhythms, with light and catchy melodies that are accompanied by positive lyrics and evoke everyday images that represent us all.

Rock with family The 80s, with djs or a playlist of 80s music, also free. The idea of ​​this musical group is to discover to the little ones and, for parents to enjoy with them, the most popular songs by the most legendary international pop and rock artists and bands such as Queen, AC/DC, Metallica, Guns and Roses, The Beatles, Meccano, Michael Jackson…

That same day, at 8:30 p.m., Alicante Puerto de Salida will offer a double concert by two bands that will delight the public, Sidecars and Sidonie.

Sidecars returns to Alicante one more year to present the new album ‘Trece’ fresh out of the oven, released in September 2022. They are currently focused on the tour in order to please the public with their exciting songs in the various live performances that they have scheduled.

For its part, Sidonie, with more than half a million monthly listeners on Spotify, is a band with a great musical journey of 25 years and 10 studio albums. Among the group’s recent milestones is having been the opening act for the Rolling Stones at the Wanda Metropolitano in Madrid.

The sale of tickets for the Alicante Puerto de Salida concerts will open next Thursday, November 3, starting at 6:00 p.m. at www.entradas.com 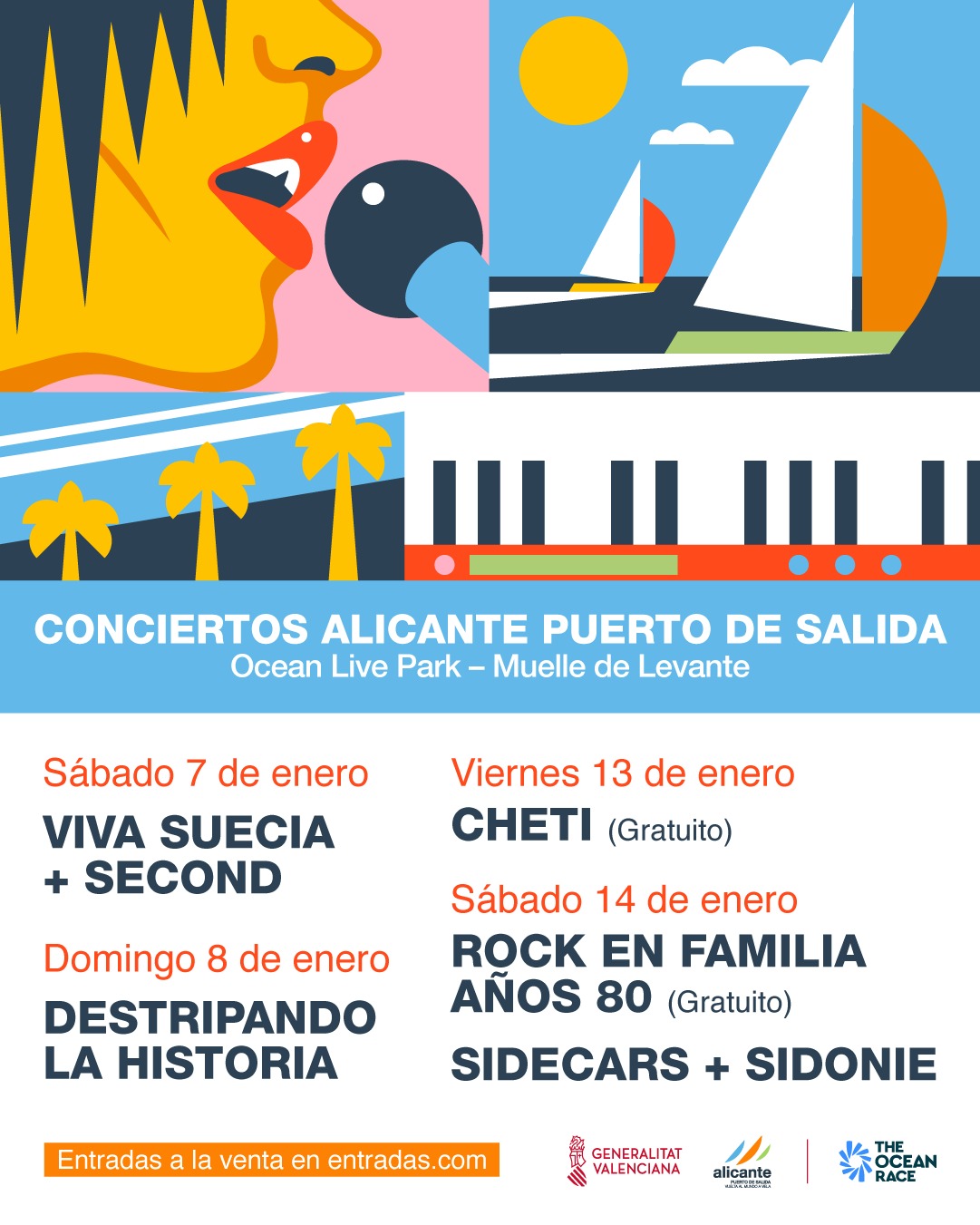