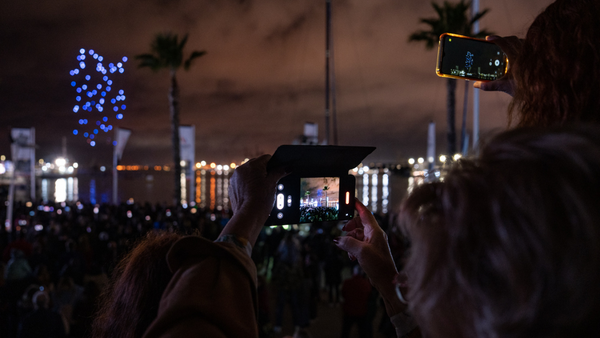 Posted at 08:45h in english by Comunicacion

This year’s edition of Alicante Port of Departure, the global event organised by the Generalitat Valenciana to mark the start of the Sailing Tour of the World from Alicante, with an absolute success in terms of attendance, has also had a historic following on its digital channels. Its social networks have reached three million people in the last two months, one million of them during the event itself, from 7 to 15 January.

If the attendance figures at the Ocean Live Park site in this edition have been the highest of the five editions, with 303,000 visitors throughout the week and a daily average of 35,000 visits, this trend has also been transferred to the virtual world, where Alicante Puerto de Salida has had a historic following on its Instagram, Facebook, Twitter and Youtube channels.

On popular social networks such as Facebook and Instagram, an average of 60 posts per day were made during the event, including reels, stories and live feeds. The YouTube channel, meanwhile, has achieved nearly 185,000 views, with 2,000 hours of playback, nearly 14,700 impressions.

The entire campaign carried out on the digital channels of Alicante Port of Departure has had an impact that, in terms of Advertising Equivalent Value, known as AVE, has been 1,745,000 euros.

By accounts, on Instagram 1.35 million accounts have been reached (573,000 during the event) while on Facebook the figure rises to 1.31 million (224,000 between 7 and 15 January). On each of these networks, an average of 60 posts per day were published, including reels, stories and live feeds.